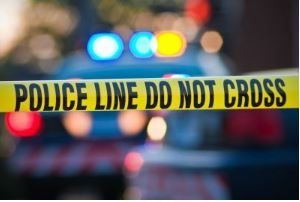 Hollywood, California (February 6, 2017) – Two women are dead while two men are fighting for their lives after a vehicle careened off an overpass and landed onto  Freeway in Hollywood Saturday night.

The accident took place around 7:20 p.m. when a van crashed through a concrete pillar near Barham Boulevard and landed onto 101 Freeway.

As per a report, the vehicle launched over six lanes of the freeway, landed in the center divider, and struck a vehicle in the southbound lanes.

Two women in the van, 50 and 60 years old, were fatally injured accident while the third party, a 60-year-old man was rushed to a hospital in critical condition.

Another man, 48, who was driving the second vehicle, was also taken to the hospital in critical condition.

The identities of the two women were not made public pending family notification.

The deadly incident remains under investigation.